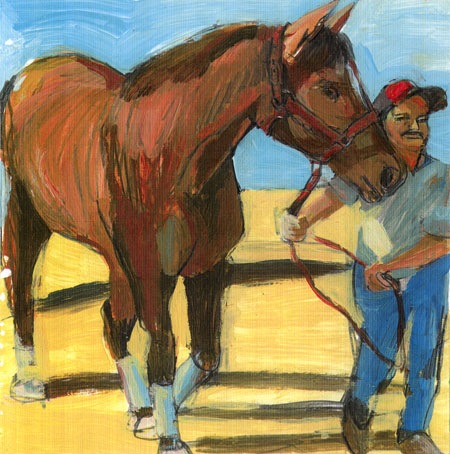 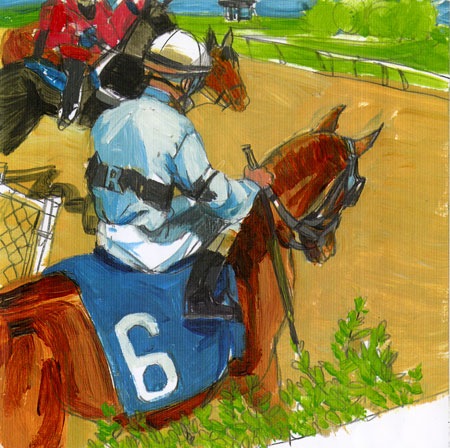 Everybody bets. Old women, old men, the horse handlers, rub down guys, hot walkers, that guy in the little grey cap who weighs the jockeys in after the race, the red-jacketed guys who change the gate numbers, the bugle player, even the washroom attendants. All of the employees at Oaklawn Racetrack bet.

There is a racing form in their hip pocket, a pen in their hands, and a concerned conversation on their lips.

The guys that I truly do not understand are the men who stand inside. It is a picture perfect day. Race #2 has started. These men crane their necks to watch this same race inside on close-circuited T.V. while it is running a few yards from them outside on the track. They place their bets at the neon red $50 Dollar minimum windows.

‘Bring me a winner!’ they yell to the jockeys as the horses are paraded through a narrow tunnel out to the gate.

Oaklawn is a smaller track on the racing circuit, a precursor to the Kentucky Derby. This year Crypto Star is favored to win and go on to Louisville.

It’s a game, a fever. Even the parking lot attendants give us ‘hot’ tips. There’s a cash machine by the bathrooms. Even if you know nothing about horseracing or how to read the forms, your favorite name or hunch or color of a horse gives you just as much chance of winning as anybody else.

In a matter of a mile and a half, bums can be transformed into kings. And kings cry ‘damn’ ripping their fortunes into thousands of little white forlorn losing slips of betting confetti that litter the floor as they leave. 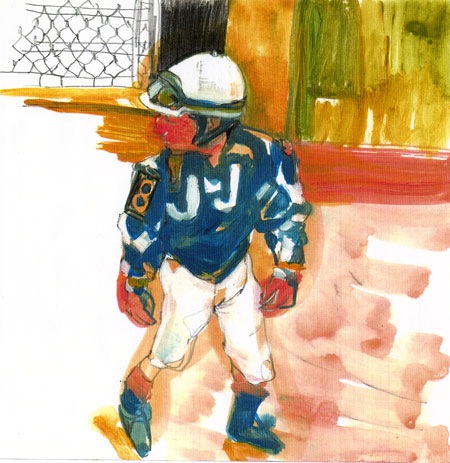